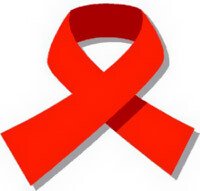 Policy To Ensure Workers’ Rights Basseterre, St. Kitts – Nevis June 21, 2012 (CUOPM) Cabinet has approved a policy termed the St. Kitts and Nevis Workplace Policy on HIV and AIDS and Other Chronic Diseases, to ensure the right of …

Meetings of the Cabinets of the Federation of St. Kitts and Nevis and the Nevis Island Administration are to be increased.

This was one of the decisions coming out of the recent joint meeting of the two Cabinets held at the St. Kitts Marriott Resort and the Royal Beach Casino, which also discussed crime, devolution of power, immigration and fiscal matters.

A communiquÃ© issued said efforts aimed at improving relations between the Federal Government and the Nevis Island Administration as well as between the people of St. Kitts and Nevis received a timely boost during the meeting.

The St. Kitts and Nevis Federal delegation was led by Prime Minister Hon. Dr. Denzil L. Douglas and the Nevis Island Administration was headed by Premier the Hon. Joseph Parry.

Minister of Sports in the Nevis Island Administration (NIA) the Hon. Hensley Daniel said athletes represented the regions greatest hope for the future of the Caribbean Free Trade Association (CARIFTA) games. He called on sports agencies across the Caribbean to pay special attention to the athletes in their localities to ensure even better performances in future games.

Mr. Daniel made the statement while he welcomed delegates for the 37th Congress of CARIFTA games on Sunday March 23rd at the Four Seasons Resort.

“I am particularly asking that we use this opportunity in that context to ensure that the St Kitts and Nevis Amateur Athletic Association (SKNAAA) which is based in St. Kitts and the Nevis Amateur Athletic Association (NAAA) which is based in Nevis find creative ways of ensuring that both athletes on both sides of the Narrows ensure tremendous success.

“And as such we want to ensure that our engagement with North American and Caribbean Associations Council (NACAC) and all the other agencies pay some attention to our athletes in their locality so that in the next CARIFTA and succeeding CARIFTA events we will have more athletes and we will be able to see a greater display of performance,” he said.