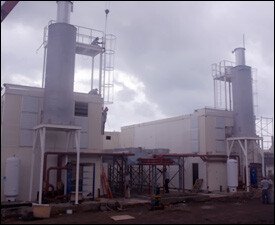 New Generators at Needsmust Power Station Photo By Erasmus Williams Basseterre, St. Kitts – Nevis October 05, 2010 (CUOPM) All of the major components have been installed at the site of the two new generators. This has been disclosed by … 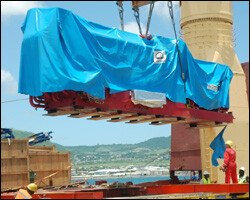 Basseterre, St. Kitts – Nevis August 03, 2010 (CUOPM) No need for load shedding. That’s the assessment following inspection on the G4 set by engineers at the Needsmust Power Station on St. Kitts. “The heads were removed from the G1 … 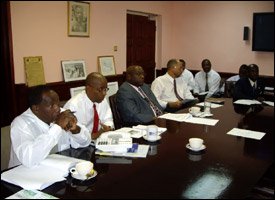 Two employees of the St. Kitts Electricity Services have been sent on leave after unauthorized system settings led to power outages on Friday and Saturday, hours after Minister of Public Works and Utilities, Dr. the Hon. Earl Asim Martin assured the general public of efforts to stabilise electricity generation and transmission to consumers.

The Cabinet, which convened a Special Session Monday to review this very disturbing development, said that the team of engineers was able to indicate precisely what resulted in the loss of electrical power in various sections of the island.

General Manager of the Electricity Department, Mr. John Channer in his report to the Cabinet, cited negligence on the part of staff members responsible for system protection matters at the power station as a reason for the outages.

“What was very concerning to the team of engineers was that system settings had been changed, adjusting what is called the “˜earth fault setting,’ without the guidance of the supervising engineers. In instances, it was not clear who made the setting changes. These changes in settings precipitated the development of electrical faults which led to the tripping of the generators,” said Minister of State for Infromation, Sen. the Hon. Nigel Carty in a Cabinet Statement issued late Monday afternoon.