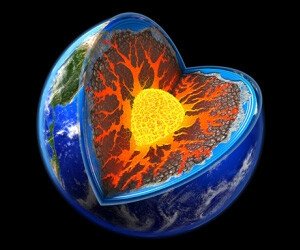 Teranov, a French engineering and services company for new and renewable energy based in Guadeloupe, has recently begun geothermal exploration exercises in the Sandy Point area around Brimstone Hill, going to the top of Mount Liamigua.

“The initial results look pretty good but of course it’s too early to say what will be valuable It’s a long process. We have decided to invest a lot of manpower in this project in order to speed up the process so that as quickly as possible the St. Kitts population will be able to know exactly if there are geothermal resources available or not,” Mr. Chouraki said in an interview with St. Kitts and Nevis Information Service on November 11.

In September of this year, the Honourable Ian “Patches” Liburd, Minister of Public Infrastructure, Posts, Urban Development and Transport, signed a Memorandum of Understanding (MOU) with Teranov, which includes a road map that can possibly see the production of geothermal energy in 2020.

The decision to start geothermal exploration on St. Kitts “was against the backdrop of having assumed office as a Government of National Unity where we inherited a situation deriving from our fossil fuel imports in accordance with the PetroCaribe agreement,” Minister Liburd said.

“As a matter of fact, from 2007 to 2008, the Government owes PetroCaribe or Petrleos de Venezuela, S.A (PDVSA) some US$22 million of which some US$7 million are due. Between 2008 and 2011, the Government racked up a debt of some US$ 45 million owed to PDVSA. As we speak, St. Kitts Electricity Company Limited (SKELEC) owes PDVSA some US$16 million out of which 6 or 7 million dollars are current,” Minister Liburd said.

Minister Liburd said that although the development of geothermal on Nevis has already started “we believe it would be irresponsible of us as an administration not to establish whether we have a geothermal resource here on St. Kitts and if so determine how best to develop that resource.”

Minister Liburd also shared that in the upcoming sitting of Parliament the regulatory framework will be laid with the tabling and first reading of the St. Christopher Electricity Act which is being amended to accommodate alternative energy, feeding tariffs, net billing, and solar, wind and geothermal energy “to speed up so to speak so we can address our new way going forward in terms of energy production in St. Kitts and Nevis.”

Chief Executive Officer of SKELEC, Mr. Cartwright Farrell, said that “one of the good things about geothermal is that it is base load energy that is indigenous to St. Kitts. It is down in our earth and we don’t have to import it and in this day and age when everybody is talking about climate change we are taking a very good step in moving forward towards our own climate change issues.”

Chairman of the Board of SKELEC, Mr. Errol Liburd, who is an engineer by profession, said that geothermal energy will result in lower electricity generation cost that will redound to the benefit of the consumer paying less for energy.