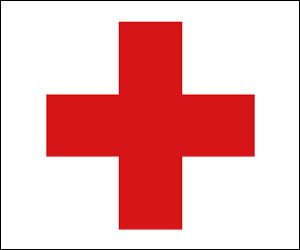 Basseterre To Benefit From Ambulance

St. Kitts citizens served by the Basseterre Fire Station will benefit from the donation of a new ambulance by Dubai citizen and businessman, Hadi Al Khatib.

The fully equipped ambulance was officially handed over to the St. Kitts – Nevis Fire and Rescue Services Department by Prime Minister Hon. Dr. Denzil Douglas on Tuesday. Prime Minister Douglas said that such investments assist the Government in its key development efforts, particularly in healthcare.

“I believe to a large extent the handing over of this very impressively built and outfitted fire and rescue services ambulance is part and parcel of the continuing efforts of the Government to improve the reliability and capability of the services that are being pursued from here,” explained the Prime Minister.

The Prime Minister also said that the relationship with donors around the world is important to the development of healthcare in the region.

“As a medical doctor, I understand the importance of the ambulance”, explained the Prime Minister. “And as the chief spokesperson for health within CARICOM, it is even more important, not only in terms of the pursuit of our health policy but also in continuing to extend a hand of cooperation with donors around the world who are committed to the improvement of healthcare within the region.”

The Consulate of St. Kitts and Nevis in Dubai, was instrumental in fostering beneficial relationships with investors like Al Khatib, whose company, Saudi Factory for Fire Equipment (SFFECO), specializes in manufacturing fire-fighting equipment and vehicles.