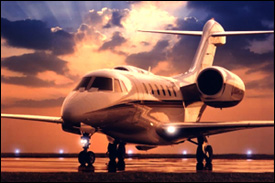 Construction of St. Kitts’ multi-million dollar private jet facility at the Robert L. Bradshaw International Airport is to start in February next year.

U.K-based Veling Aviation (UK) limited Consultant, Michael Dingemans said construction firms or groups of individuals and tradesmen will be able to register their interest and complete the required paper work.

He said the main contractor will be selected by the end of the year and construction is scheduled to start in February 2011. The first phase of the FBO Terminal is to be completed by August 2012.

“The project will be developed in several phases starting with an FBO terminal and VIP lounge as Phase One. The initial and immediate size of the investment will be in the region of US$6 million. The phases to follow are (a) extension of the apron and (b) extension of the FBO Terminal,” Dingemans told government, Port Authority and private sector officials at the signing of an agreement between Veling and the St. Christopher Air and Sea Ports Authority (SCASPA).

Mr. Dingemans said Veling will use local contractors, craftsman and tradesman but this being a specialised project will also tap into international expertise.

“The principal objective is to build a product that can only enhance the country and its reputation as a premier tourist destination. This in turn will attract further foreign direct investment,” he said.

The project is a Build Operate Transfer (BOT) project with a term of 30 years. The development will be in phases and will complement the overall development of St. Kitts and Nevis in the tourism and real estate sectors.

The total investment may well be in the region of US$15-million to US$20-million, with a completion period of 10 to 15 years.

“This project will lead to further investment in the country by other major hospitality and tourism companies. BOT is a form of project financing, wherein a private entity receives a concession from the private or public sector to finance, design, construct, and operate a facility stated in the concession contract. The infrastructure is to be transferred in full to the authority at the end of the concession period,” said Mr. Dingemans.

He said that the construction phase will provide work on site for a good number of locals engaged in construction activity. The FBO itself will employ a minimum of 10 full time persons, with the staff count rapidly climbing to 20. Selection of staff or the FBO will be based on the ability of the individual to deliver a world-class service while retaining the island warmth.

The FBO will be between 1,000 and 1,500 square meters. There will be around 350 square meters of office space. The balance of the area will be devoted to the VIP lounge and terminal. There will be extensive landscaping on the site as well. The project has financing place which is a mixture of private equity and bank loans.

Mr. Dingemans said that the three handling agents presently at the airport will continue to operate and will use the new facility.

Veling was formed in 2002 is a partnership of two like-minded individuals who own the company. Uday Nayak, the Chairman, based in London has had a successful career in the Banking world and comes from an entrepreneurial family from Mumbai, India.

Nirvan Veerasamy, the Managing Director lead successful sales campaign in Asia as a Sales Director with Airbus Industrie and was also the CEO of Air Mauritius, the national airlines of Mauritius. They lead a highly pro-active and hands-on team made up of individuals who had successful careers in the Hospitality, Legal, IT, Banking and Aircraft Maintenance field.