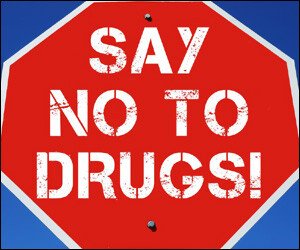 The St. Kitts – Nevis Police Force has carried out another successful sting operation whereby there was an interdiction of a sea vessel on a secluded beach in Conaree said to be carrying illicit drugs on October 01, according to the High Command of the Police.

“Our officers observed a pick-up truck on the beach and a speed boat approaching the shore. Upon the arrival, the two occupants of the vessel were challenged. One occupant opened fire upon our officers. Our officers in defense returned fire and one of the occupants was fatally wounded,” Mr. Liburd said.

The High Commanded apologized for the loss of life.

“Technicians of the Forensic Services Unit processed the scene and items of value were collected and taken into custody for further analysis,” he added.

He said that a gun with ammunition was discovered.

“Members of the St. Kitts-Nevis Defense Force Coast Guard assisted in the search and the dive team recovered from the ocean one loaded .38 pistol with a magazine containing four rounds of ammunition.

The Acting Police Chief said that “the other occupant, as well as two locals, has been taken into custody and they are assisting the police with its investigation.

He also said that it is believed that both male occupants of the vessel are non-nationals and that the vessel is suspected to have come from a neighboring island.

The Government has pledged to do everything in its power to root out criminal behaviur and prosecute to the fullest extent those who violate the laws of the federation.

“The Government has reiterated its commitment to the police in providing all necessary resources as they continue the fight against crime. The High Command thanks the officers and rank and file for their dedication, bravery and commitment to professionalism in their continued fight to keep St. Kitts and Nevis a safe place to live, work, visit and do business,” Acting Commissioner Liburd said.

He also said that the investigation was ongoing and that charges will be laid accordingly.