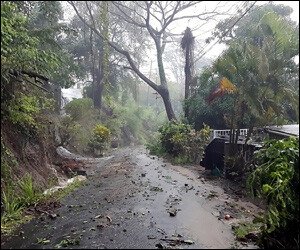 St. Kitts and Nevis has allocated an EC $1 million humanitarian relief package to assist the Commonwealth of Dominica in its recovery from damages suffered by the passage of Tropical Storm Erika.

This announcement was made by Prime Minister Dr. the Honourable Timothy Harris at the completion of a special session of the St. Kitts and Nevis Cabinet of Ministers which was held on Friday.

St. Kitts and Nevis’ assistance to its fellow Organization of Eastern Caribbean States (OECS) member state came after conversations between Prime Minister Harris and Prime Minister Roosevelt Skerrit of Dominica who indicated that damage to his country was monumental, resulting in significant loss of life and infrastructural damage that has isolated several communities.

The Caribbean Disaster and Emergency Management Agency (CDEMA) is currently in Dominica conducting a needs assessment and Prime Minister Harris said that other support and services for Dominica would be forthcoming based on their report.