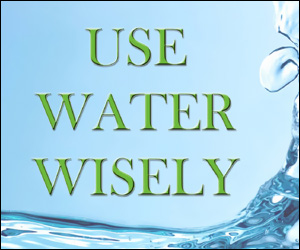 The Water Services Department (WSD) in St. Kitts has issued a new advisory for consumers to implement water saving and storage measures including the purchasing of cisterns where possible, as water levels are extremely low.

A press release from the agency stated that “we have now reached a critical stage of water abstraction from the Basseterre Valley Aquifer and have taken measures to control demand from that source.” Now the aquifers in the rural east and west are the latest to be affected by the prolonged dry spell that has seen a total of 9.876 inches of rainfall from January to July 2015 ““ way below the national average of 20.63 inches recorded over the past 10 years.

The release said water rationing will start immediately in the areas outlined and will take place during the hours of 10:00 p.m. to 5:00 a.m. However service to these locations may be interrupted without prior notice when the need arises.

The following measures were also outlined in the press release:

– All residents, government and private institutions should prioritize the repair of leaking pipes or faucets.

The department apologized for any inconvenience and asked consumers to remain vigilant and telephone 465-8000 for information or related concerns.