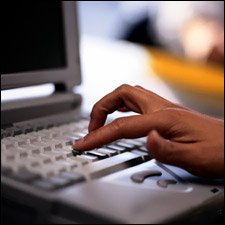 IT Jobs In St. Kitts – Nevis Are The Future

Thirty unemployed individuals will benefit from a new initiative of Government which links entrepreneurship with the expanding Information Technology (I.T.) sector in St. Kitts.

The project, dubbed ITpreneurship, is designed to create employment for young adults by imparting skills on Microsoft applications; How to Communicate Effectively; Research and Documentation; How to Set Up and Manage a Business; and Webpage Design.

Marlene Phillips of the Ministry of Culture, appeared on this week’s edition of SKNIS’ radio magazine programme Perspectives, and explained that the project was conceptualized by the National Skills Training Programme. Training starts in July and will run for four months.

“At the end of the course, they’re going to set up businesses in several community centers,” Ms. Phillips stated. “”¦They are going to create a website that will reflect the history, the heritage, the culture of communities around the island.”

The centers chosen to host these companies are in the communities of Old Road, St. Paul’s and Tabernacle. The centers will in effect be a hub that covers three large areas: Middle Island to Boyd’s; Half Way Tree to Dieppe Bay and Parsons Ground to Keys.

“Initially some of the information that will [be posted online] will be gathered during the training course,” said the Ministry of Culture official. “If there is anybody in the community that has a business and wants that showcased on the website, they can pay a fee and have that uploaded.”

Funding has been secured for the initiative from the Organisation of American States (OAS).  The Ministries of Education and Culture is collaborating on project implementation.

Ms. Phillips added that application forms will be issued shortly and will be available at health centers and post offices. Men and women 17 years and older are encouraged to take advantage of this opportunity. Some participants in the computer skills division of the Youth Empowerment through Skills Project (Y.E.S.) will be considered for this new initiative.

She stressed that the ITpreneurship project is very broad as it encompasses IT development on a community level, and embraces the rich culture and heritage of the island, which is a major draw for visitors.

“You can see that this effort is something that is really going to impact the employment rate, and it is “¦ going to support what is happening in the Federation in terms of skills [training], and promoting people’s passion for what they do in this country,” Ms. Phillips concluded.