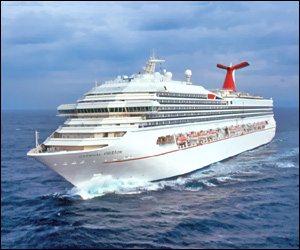 Tourism stakeholders in St. Kitts will experience the best summer cruise season in history next year.

Minister of Tourism, the Hon. Richard “Ricky” Skerritt said his Ministry’s strategy has been to go out and do everything to bring business in the summer.

He noted that the Cruise Ship Industry had what was called Scheduled Summer Calls.

“We never had any calls in the summer before that, most people had to pack up their businesses by the end of April and hope for the best next year which was around October-November when the new season starts. That business has been steady in terms of having at least one ship. Then went up to two and then we came back down to one last season that also took us down enormously. We have gone back up to two this season and next season we are going to be doing even better,” said Minister Skerritt in a recent interview.

“So the summer ships, we are talking about six months of sailing, which brings business that adds to the numbers and keeps people in business year round,” said Mr. Skerritt.

But according to the 2014 Summer schedule (May to September), four new ships will be joining the Carnival Valor and the Jewel of the Seas.

The Carnival Freedom and the Carnival Breeze will make five calls each, Disney Magic, two and the Nippon Mau, one visit, while the Carnival Valor will make 22 calls and the Jewel of the Seas, 15 calls.

Recently, Minister Skerritt disclosed that St. Kitts’ 2013/2014 cruise ship season is going to be exciting with an estimated 785,000 passengers expected from 183 ship days.

“In other words, in a calendar year for the first time in our history we have passed about 130 in terms of ship days. We have gone up significantly by the number of ship days and that means that over the course of 365 days on average, every other day there will be a ship,” said Minister of Tourism, Sen. the Hon. Richard “Ricky” Skerritt.