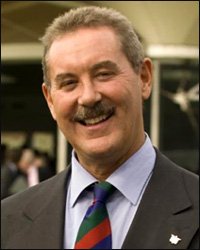 Texas Billionaire Under Investigation For Fraud

The Securities and Exchange Commission today chharged Robert Allen Stanford and three of his companies for orchestrating a fraudulent, multi-billion dollar investment scheme centering on an $8 billion CD program.

Pursuant to the SEC’s request for emergency relief for the benefit of defrauded investors, U.S. District Judge Reed O’Connor entered a temporary restraining order, froze the defendants’ assets, and appointed a receiver to marshal those assets.

“As we allege in our complaint, Stanford and the close circle of family and friends with whom he runs his businesses perpetrated a massive fraud based on false promises and fabricated historical return data to prey on investors,” said Linda Chatman Thomsen, Director of the SEC’s Division of Enforcement. “We are moving quickly and decisively in this enforcement action to stop this fraudulent conduct and preserve assets for investors.”

Rose Romero, Regional Director of the SEC’s Fort Worth Regional Office, added, “We are alleging a fraud of shocking magnitude that has spread its tentacles throughout the world.”

The SEC’s complaint, filed in federal court in Dallas, alleges that acting through a network of SGC financial advisers, SIB has sold approximately $8 billion of so-called “certificates of deposit” to investors by promising improbable and unsubstantiated high interest rates.  These rates were supposedly earned through SIB’s unique investment strategy, which purportedly allowed the bank to achieve double-digit returns on its investments for the past 15 years.

According to the SEC’s complaint, the defendants have misrepresented to CD purchasers that their deposits are safe, falsely claiming that the bank re-invests client funds primarily in “liquid” financial instruments (the portfolio); monitors the portfolio through a team of 20-plus analysts; and is subject to yearly audits by Antiguan regulators.  Recently, as the market absorbed the news of Bernard Madoff’s massive Ponzi scheme, SIB attempted to calm its own investors by falsely claiming the bank has no “direct or indirect” exposure to the Madoff scheme.

According to the SEC’s complaint, SIB is operated by a close circle of Stanford’s family and friends.  SIB’s investment committee, responsible for the management of the bank’s multi-billion dollar portfolio of assets, is comprised of Stanford; Stanford’s father who resides in Mexia, Texas; another Mexia resident with business experience in cattle ranching and car sales; Pendergest-Holt, who prior to joining SFG had no financial services or securities industry experience; and Davis, who was Stanford’s college roommate.

The SEC’s complaint also alleges an additional scheme relating to $1.2 billion in sales by SGC advisers of a proprietary mutual fund wrap program, called Stanford Allocation Strategy (SAS), by using materially false historical performance data.  According to the complaint, the false data helped SGC grow the SAS program from less than $10 million in 2004 to more than $1 billion, generating fees for SGC (and ultimately Stanford) of approximately $25 million in 2007 and 2008.  The fraudulent SAS performance was used to recruit registered investment advisers with significant books of business, who were then heavily incentivized to reallocate their clients’ assets to SIB’s CD program.

The Commission acknowledges the assistance and cooperation of the Financial Industry Regulatory Authority (FINRA) in connection with this matter.  FINRA independently developed information through its examination and investigative processes that contributed significantly to the filing of this enforcement action.

The SEC’s investigation is continuing.