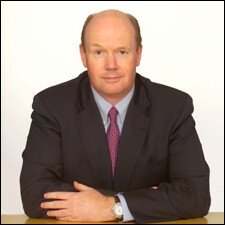 The 19-night Eastern Mediterranean voyage in October will take in Cairo, Cyprus, Jerusalem and Haifa in Israel. Every voyage in the maiden season will be treasured as over 52 ports welcome Queen Elizabeth for the first time adding an extra sense of excitement and intrigue for guests.

With the addition of Queen Elizabeth to the fleet later this year, Cunard Line will offer its most extensive range of voyages in 2011 – providing the widest choice for guests. The anticipation of Queen Elizabeth and her series of Maiden Voyages will capture the imagination and drive strong early demand when the programme goes on sale worldwide on the 26 April.

Other Cunard ships are the Queen Victoria and the Queen Mary 2.

The Youngest Fleet in the World – for the first time Cunard will be sailing with three modern ocean liners and now has the youngest fleet in the world – younger than all other cruise lines. That, coupled with the unique history and heritage of the brand and award winning products and services gives Cunard Line a unique and distinct competitive advantage in the luxury cruise sector.

“Three new ocean liners in just six years proves the demand for the Cunard brand from guests looking for the best in luxury cruising and the ability to experience a unique sense of heritage, history and tradition. With the anticipation and arrival of Queen Elizabeth, and our biggest ever offering for the UK market for many years”.

“With three liners in the fleet we can now offer our travel agent partners a choice of all the best destinations. In 2011 we will be covering Europe, the Americas, Transatlantic, the Caribbean and with our world voyages – the world”.

“As the Best Cruise Line sailing out of Southampton – as judged by Conde Nast Traveller, The Daily Telegraph Ultras, and the Berlitz Guide, and with the youngest fleet in the world, Cunard Line is now the undisputed leading brand in the luxury cruise market in the UK”.