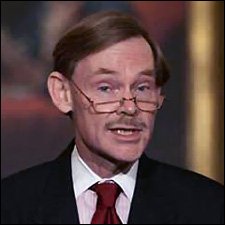 St. Kitts and Nevis Prime Minister Hon. Dr. Denzil L. Douglas and his colleagues from the Caribbean Community (CARICOM) will seek to articulate its positions on the major challenges it faced when it holds discussion with the President of the World Bank at the Twenty-First Inter-Sessional Meeting in Dominica from 11th to 12th.

CARICOM Secretary-General, His Excellency Edwin Carrington, stated in his address at the Opening Ceremony of the Fourteenth Meeting of the Council of Finance and Planning (COFAP) in Port of Spain, Trinidad and Tobago, earlier this week, that he was expectant that discussions between CARICOM Heads of Government and World Bank President Mr. Robert B. Zoellick would “result in the identification of new and viable approaches to the treatment of some of the major challenges facing our Region.”

Dr. Carrington said that the financing of mitigation and adaptation measures with regard to climate change was one such challenge the Community would highlight. But, perhaps the most pressing issue, was the “crippling debt burden” of those Member States which were accorded middle income status and due to their graduation, did not qualify for concessionary debt reduction.

“This is one form of graduation that we do not embrace and have no role in its determinations. We are in a category of those who bear their fair share of the burdens without contributing equally to the cause,” the Secretary-General said. He stated that these were reasons why the Region must seek to have a voice in the major new structures influencing global decision-making such as the Group of 20 (G20) and the Davos Forum.

In this regard, the Secretary-General noted that the Community could only succeed through “determined united regional action.”

Representatives of the World Bank met with CARICOM Finance Ministers in Trinidad and Tobago on Monday as part of the preparations for the discussions which will take place between CARICOM Heads of Government and the President of the World Bank at the Twenty-First Inter-Sessional Meeting in Dominica.