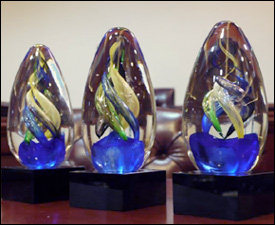 The Department of Youth Empowerment has begun its outreach to identify ordinary teens leading extraordinary lives in St. Kitts – Nevis.

Peace Corps Volunteer Connie Howard along with Senior Youth Officer Kennedy Pemberton have been making the rounds on local media outlets and meeting with education officials to encourage nominations for the 25 Most Remarkable Teens programme.

“We’ve visited all the secondary schools including the private schools,” she revealed. “We’ve also expanded the programme to Nevis so we met with the (Minister responsible for Youth in the Nevis Island Administration) Honourable Hensley Daniel – who endorsed the programme – as well as the principals and counselors from the three schools there.”

“We’ve also done a lot of TV and radio and (other) things here in St. Kitts as well so I think the word is out, the banner is up (on Fort Street) and we’re expecting to have a good showing of nominees again this year.”

The 25 Most Remarkable Teens programme was launched in the Federation in 2011. One hundred persons were nominated for the awards in non-traditional categories recognizing courage, determination and commitment.

Nomination forms are currently available at the Department of Youth on both islands, at all secondary schools, and the Advanced Vocational Education Center (AVEC). The form can also be downloaded from the programme’s Facebook page. Persons are strongly encouraged to return the forms to the Department of Youth Empowerment on Church Street before the June 15 deadline.

All nominees will be interviewed in person and scrutinized against an established criterion. The 25 successful candidates are recognized during a special sitting of the Federal Parliament during Youth Month in November.

“I think it’s going to be a great year,” Ms. Howard emphasized.