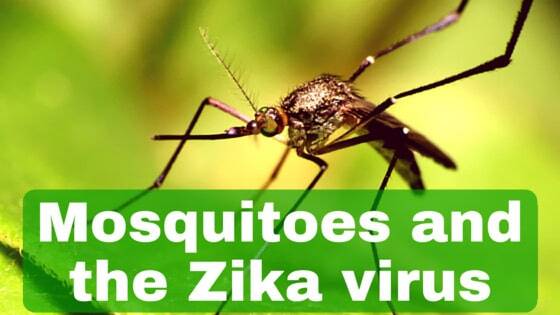 The following is a press release from the Ministry of Health in the Nevis Island Administration (NIA), dated October 07, 2016, concerning an update of the Zika Virus Disease on Nevis.

Earlier this week, the Ministry of Health on Nevis was informed of the first laboratory confirmed case of Zika Virus Disease on Nevis. This is the result of a test done in late August. The patient had no recent travel history, had mild symptoms, did not require hospitalization and was well within a few days. The sample was sent to the Caribbean Health Agency (CARPHA) from the Alexandra Hospital Laboratory.

The Ministry of Health wishes to reiterate that there is no need for alarm or panic.

This brings the Federation’s total number of laboratory confirmed cases to four. However, the number of suspected cases on Nevis, that is, persons showing symptoms suggestive of Zika Virus Disease, has risen to 57.

Residents are asked to note that four out of five persons who are infected with Zika virus do not show symptoms.

Furthermore, the vast majority of persons who have symptoms will have a mild illness and will recover quickly, in about 5 days. There is no medication that cures Zika Virus Disease. Paracetamol (i.e. Panadols) may be used for pain relief along with rest and lots of fluids. Avoid aspirin and non-steroidal anti-inflammatory medication such as Ibuprofen and Voltaren. There is no need to go to the emergency room.

Generally, there is a general decline in cases in the region. The same trend will shortly occur in St. Kitts and Nevis.

The Ministry of Health seeks the cooperation of all residents to do their part to eliminate the Aedes Aegypti mosquito which is the mosquito that spreads Zika as well as Yellow Fever, Dengue and Chikungunya. The mosquito is controlled by collective action.

The best control measure is to destroy mosquito breeding sites. The Aedes mosquito breeds in any container that is either damp or holds water. These containers are found in and around homes and in neighbouring lots.

The Ministry of Health is therefore appealing to the public to inspect their homes and yards frequently, and destroy potential mosquito breeding sites. Keep water drums and barrels tightly covered. Throw out stagnant water from flower vases, flower pot saucers, old tyres, and other receptacles. Properly seal septic tanks. The same measures must be done in schools and workplaces.

Residents are urged to protect themselves from mosquito bites by the following:

1. Placing screens in windows and doors,
2. Sleeping under mosquito nets both during day and night
3. Wearing light coloured clothing, with long-sleeved tops and long pants, and
4. Using US FDA-approved insect repellents

There is a very small chance of microcephaly (babies born with a small head size) if the unborn is exposed to the Zika virus. Therefore, the Ministry of Health issues a special appeal to pregnant females and females planning to become pregnant, to avoid being bitten by mosquitoes and also to contact their community health center or private doctor for guidance. Pregnant females are encouraged to keep all antenatal appointments where they will be closely monitored. Pregnant females are also urged to use condoms during all sexual encounters.

Another extremely rare complication of Zika Virus disease is Guillain-Barr Syndrome, a neurological disorder that causes weakness and tingling sensations in muscles and sometimes paralysis.

The Environmental Health Unit on Nevis has increased inspections of homes to assist home owners with source reduction. . Additionally, the Unit has started a fogging exercise in selected areas where the mosquito burden is known to be high. The schedule for next week is as follows:

Residents are requested to open your windows so that the fog can get indoors and kill the adult mosquitoes. Persons with respiratory conditions such as asthma are asked to leave the area for a few hours.

The Ministry of Health also supports the Zika Amnesty Week October 10th to 17th spearheaded by the Solid Waste Department. During this week white goods will be taken at the landfill free of cost. These are potential breeding sites and we urge persons to take full advantage of this amnesty period to clean up their surroundings.

The Ministry encourages persons to listen to their radios and Televisions, and logon to the Nevis Health Promotion Facebook page for continuous updates or call or visit your nearest Health Centre or the Environmental Health Unit for further information.