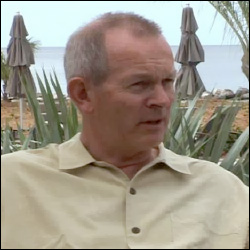 Premier of Nevis, the Hon. Joseph Parry told a meeting with Nevisians and friends of Nevis in Tortola that it was very important for the Nevis Reformation Party (NRP)-led Nevis Island Administration to make known their role in the re opening of the Four Seasons Resort.  He made the statement in Tortola, at the Marina Inn last week.

“It was very important that we tell people about the steps taken to re open the Four Seasons, because when the Resort closes the economy comes to a screeching halt,” said Mr. Parry.

According to the Premier, the reason why the Administration was adamant about the reopening was that the hotel had experienced financial problems prior to the passing of Hurricane Omar and explained that the owners had failed to meet a number of financial obligations.

The hotel lost its five-diamond rating and was forced to lower its rates. However, the owners felt that the Four Seasons was making a lot of money and were not receiving their fair share.

“An interesting aspect to the matter,” the Premier said, “was that $120 million was borrowed for repairing the resort and only $80 million was accounted for.

“Many difficult financial matters were taking place and the closing of the Resort came under the disguise of damage due to the passing of the Omar storm but it was much more than that.”

The Premier said he knew that the situation with the Four Seasons Resort-Nevis was dire.  He further explained that Permanent Secretary in the Ministry of Finance Mr. Laurie Lawrence and Attorney General Hon. Patrice Nisbett held meetings with the owners in an effort to re open the property after the owners had indicated they were not willing to inject not one more dollar into the property but instead were willing to abandon the property.

The Premier added that he was asked indirectly by the owners whether he was interested in another hotel chain managing the hotel.  Mr. Parry said his response was a stern “No, the Four Seasons Resort is of a very high standard and it is one of the leading hotels in the world and I wanted it to remain in Nevis as the Four Seasons brand!”

Some of the financiers decided that they wanted the matter decided by the United States Court system and for this reason the Nevis Island Administration and the Villa owners got involved. However, with the assistance of the Attorney General of St. Kitts-Nevis, Hon. Patrice Nisbett, the government proved its case before a Court in Delaware.

A case was made for Nevis, that the closure of the Four Seasons Resort would have over 600 persons out of work. The United States judge on hearing the matter was sympathetic and decided the property would be reopened.

In conclusion the Premier said “According to the President of Four Seasons Resort World Wide, Mr.Jim Fitz Gibbons, the Government demonstrated good leadership and the foresight to act prudently and their pivotal role led to the Four Seasons Resort being opened.”