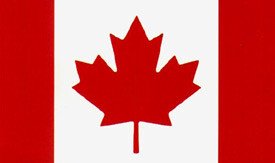 Report Was Funded By The Canadian Government

Efforts continue to increase the professionalism of the Royal St. Christopher and Nevis Police Force.

A report on the Canadian-funded Law Enforcement Assistance Project has been presented to the Ministry of National Security.

Lead consultant for the Institutional Strengthening component, Founding Executive Director of Black Business Initiative (BBI), St. Kitts-born Mr. Rustum Southwell, made presentations of the first part of the report to the Permanent Secretary in the Ministry of National Security, Mrs. Astona Browne and the High Command of the Royal St. Christopher and Nevis Police Force.

The first part comprised Organisational Assessment, Change Management Plan and the Communication Plan. Other portions of the Report to be presented later are Capacity Building and Succession Plan; and Performance Management Plan.

Mr. Southwell is accompanied by Cassandra Dorrington and Cynthia Dorrington, who visited St. Kitts on two previous occasions and conducted interviews with members of a Special Steering Committee formed as a focus for the project, members of the High Command of the Police Force, other members of the Force including Heads of Department/Units and officials in the Ministry of National Security.