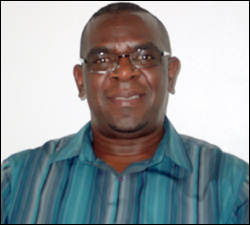 The St. Kitts and Nevis National Commission for UNESCO plans to seize on the momentum generated by the hosting of a March 8 and 9 Caribbean Conference on Climate Change Adaptation and Ethical Principles by ramping up education and awareness activities.

Secretary General of the local agency, Antonio Maynard, told SKNIS that he is excited about the upcoming two-day meeting and welcomes the opportunity to raise the level of discussion.

“We plan to have at least 50 persons present at this Conference who are from St. Kitts and Nevis,” he said. “The official delegation will be about 15 persons and we’ll have about 35 persons as observers from within the public sector and the private sector. This is very important because we want to make sure that the population of St. Kitts and Nevis is “¦ sensitized to this new phenomena ““ not only climate change but the [associated] ethical aspects.”

Hosting the Conference, was also described as an excellent occasion for Caribbean experts, policymakers and stakeholder representatives to become more informed about related matters and to fine tune skills in international negotiations.

A number of high-level dignitaries are expected to attend this important Conference. These include the President of UNESCO General Conference Dr. Davidson Hepburn and Director General of the OECS Dr. Len Ishmael.

Regional Ministers from Antigua and Barbuda, Dominica, St. Lucia and Grenada are also expected along with officials from the CARICOM Secretariat, Australian High Commission, the Dominican Republic, Haiti, St. Vincent and the Grenadines, Mexico and Cuba.

A UNESCO press release described the two-day meeting as “vital in the construction of a shared regional vision for discussions at the international level.” It will also allow Caribbean feedback on the outcomes of the 16th Conference of the Parties to the United Nations Framework Convention on Climate Change which was held in Cancun, Mexico from November 29 to December 10, last year.

“I would like to urge all stakeholders to get onboard in any small way,” Mr. Maynard disclosed, while extending an invitation to interested parties. “We (UNESCO) need all of the ideas possible in order to come up with a truly balanced global declaration on this very troubling issue of climate change and ethical principles.”