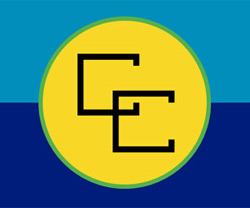 How to demystify the myths surrounding the CARICOM Single Market and Economy (CSME) was the focus of a two day broadcasters workshop held in Bridgetown Barbados June 16-17.

Broadcasters from throughout the CARICOM Region were reminded of their public service responsibility as far as informing the public on the progress of the CARICOM Single Market and Economy to enable them to make informed decisions on issues that affect them.

Several presenters at the workshop espoused the view that it was time for the people of the region to realize that CSME is no longer a concept but a reality. Programme Manager of the CSME Unit Ivor Carryl said that somehow CSME is being viewed as an academic exercise in some quarters when in reality it is a fight for survival.

Patrick Cozier, Secretary General of the Caribbean Broadcasting Union (CBU) emphasized that some persons are in a state of denial ““ believing that Caribbean States can maintain their viability and exist as micro-states while larger nations of the world forge partnerships to increase their own viability in a globalised environment.

Among topics discussed were “Making a Living in the CSME: free movement of skills and occupation; How can I move my goods across CARICOM?; What is the Market for Services?; The role for DJ’s in stimulating public discussion on CSME, and Leveling the Playing Field: special arrangements for countries that start with disadvantages.

Highly discussed sub topics included the benefits of the CARICOM Passport and the realities of its impact on travel in the region; the adoption of sections and states compliance as well as rights infringement within the framework of the CSME.

Spurring the debate on the second day of the workshop was the announcement by Prime Minister of St. Vincent and the Grenadines Hon Ralph Gonsalves that the OECS would do better pooling its resources than working with CARICOM.

This heightened the presenters’ resolve to indicate to the media personnel present the benefits of the CARICOM grouping.

Representing the Federation at this workshop were Vere Galloway of ZIZ Broadcasting Station and Maria Crawford of SKNIS.