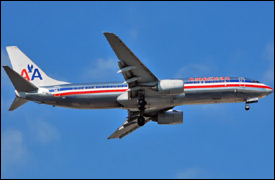 “Such a significant increase in non-stop service by American Airlines during a time of widespread route cuts by US carriers is a testament to the quality of St. Kitts’ tourism product,” said Senator Ricky Skerritt, Minister of State in the Ministry of Tourism, Sports & Culture.  “This sustained growth in airlift to St. Kitts is directly related to the economic development taking place in our country and the increasing demand for our tourism product. These daily Miami flights are ideally timed, for both connecting and local travelers to spend more time on island without having to get to the airport too early or arrive home too late.”