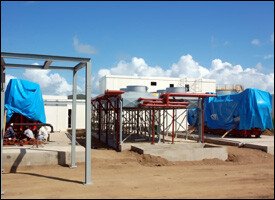 New Holeby Generators In St. Kitts Basseterre, St. Kitts – Nevis October 21, 2010 (SKNIS) St. Kitts is about to embark on its largest increase in power capacity ever undertaken in the Federation. Engineer, Mr. Terry Burn who was conducting … 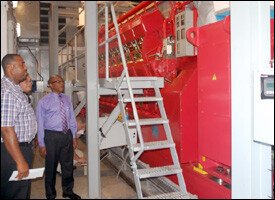 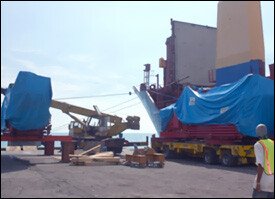 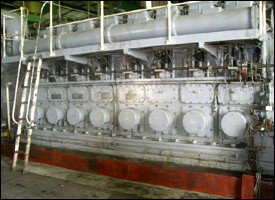 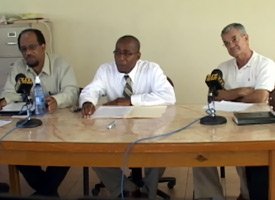 The Department of Utilities has been making “an all out effort” to repair damages caused by a fire to control panels and two generators at the Needsmust Power Station on October 2.

At a press conference on Thursday, Minister of Utilities Honourable Dr. Earl Asim Martin said the briefing ““ which was the second in a seven day span ““ was designed to give the media and the public a greater understanding of the issues and a tentative timeframe as to the resolution of the problem.

“When we met last week, I [noted] that we were actually generating 15 megawatts of electricity [after the fire],” he said, which is considerably less than the 24 megawatts needed to accommodate the demand for power during peak hours. “We also indicated that, at that point we were working [to bring another] Caterpillar engine online to provide additional capacity to the system.”

“I am pleased to report that the Caterpillar is online and is, providing 2.5 additional megawatts of electricity at this time,” Minister Martin said.