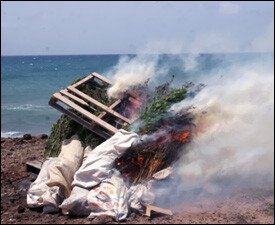 Marijuana Being Burned On a Nevis Beach Basseterre, St. Kitts – Nevis May 08, 2012 (CUOPM) The Barak Obama Administration in Washington, D.C. is putting an additional US$606,000 into the fight against crime in St. Kitts and Nevis. The new … 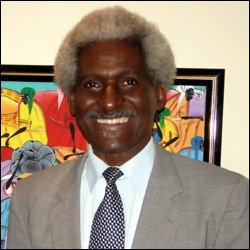 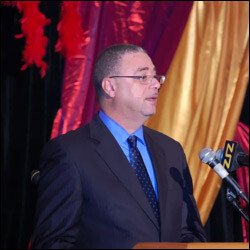 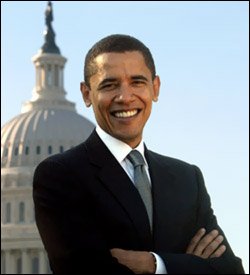 St. Kitts and Nevis Prime Minister Hon. Dr. Denzil L. Douglas told the Third CARICOM-CUBA Summit there is an urgent need to engage the United States President-Elect Hon.  Barack Obama on his views regarding the offshore financial services sector which can adversely affect the twin-island’s economic diversification strategy, especially in light of the threats of the OECD countries to introduce a new “blacklisting” initiative of off-shore financial jurisdictions.

Prime Minister also said that St. Kitts and Nevis and the region must move expeditiously in the implementation of the Jagdeo Initiative and for empowerment of the Caribbean people in agriculture.

Dr. Douglas reiterated at the meeting in the City of Santiago that “CARICOM and Cuba must never grow weary of speaking out on issues of climate change and the unscrupulous and indiscriminate harm to the environment by some developed countries.”

Prime Minister Douglas graphically outlined the effect of Hurricane Omar on the coastal countries of St. Kitts and Nevis and the financial and social burden necessitated to resettle several families from the coastal communities affected by that storm.