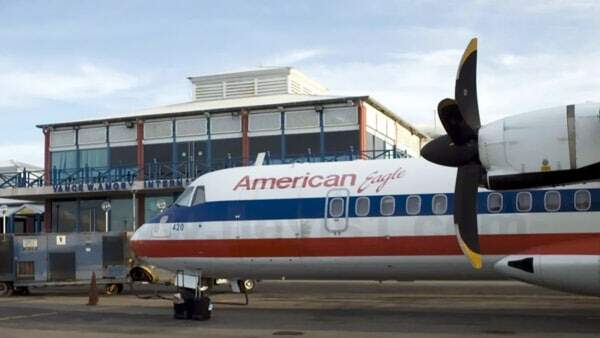 While American Airlines has announced increased service to the Caribbean, St. Kitts and Nevis’ Robert L. Bradshaw International Airport will not be seeing additional landings.

The growing number of visitors to Caribbean destinations over the past two years are tied in large measure to the increase in airline service to regional destinations.

American also announced new flights departing from Orlando International Airport to five new Caribbean destinations: Aruba, the Cayman Islands, Sint Maarten, The Bahamas and the Turks & Caicos. In addition, the Dallas-based carrier increased the frequencies of its service from Miami to Barbados, Curacao, The Bahamas, the Dominican Republic, St. Lucia and Trinidad & Tobago.

American will also offer new flights from Charlotte International Airport in North Carolina to The Bahamas and a new flight to Aruba from Dallas-Fort Worth.

Most Caribbean destinations have experienced a surge of new flights and frequency increases from regional carriers in the past year. In late March, Caribbean Airlines premiered the second series of regular flights between New York’s JFK International Airport and St. Vincent and Argyle International Airport, establishing the facility’s first long-haul, international scheduled service.

Regional and Intra-Caribbean service will increase in 2018, following the merger of three Caribbean airlines into an alliance designed to ease travel among 32 Caribbean-region countries, while also lowering rates.

“The CaribSKY alliance of Antigua-based LIAT, Air Antilles of Guadeloupe and St Maarten’s Winair, co-funded by the European Union’s INTERREG Caribbean programme, will allow passengers to travel on any of the three airlines on one ticket, using code-shares and interline agreements,” said Serge Tsygalnitzky, Air Antilles’ chief executive officer.